Obstructive sleep apnea is a disability covered under the Americans with Disabilities Act (ADA).  Fleets must provide drivers diagnosed with moderate to severe sleep apnea the ability to power a CPAP machine to comply with this law. Fleets and drivers often struggle to effectively power CPAP machines and cab climate systems for a full 8-10 hours without needing to idle the engine, however. The patchwork of anti-idling laws all over the United States make complying with the ADA and anti-idling laws a tricky dilemma for fleets and drivers alike.

Blackburn Energy's RelGen® hybrid charging system solves this dilemma for fleets and drivers with sleep apnea.  RelGen generates enough clean power so that the driver can use their CPAP machine and a cab climate control system for 8-10 hours without ever needing to idle the engine. Hybrid charging offers a triple win for everyone: drivers with sleep apnea, fleets trying to comply with ADA and keep operational costs down and environmental regulators concerned about reducing emissions.

Laynie called Bob Stanton, a professional driver and sleep apnea advocate, to learn more about the complex issues drivers with a sleep apnea diagnosis face in the trucking industry.  The interview is lightly edited for clarity.

Laynie: How do you begin to describe the complexity associated with a driver's sleep apnea diagnosis, limited available power in sleeper cabs and anti-idling laws governing trucking in this country?

One of the things about holding a [Department of Transportation] DOT medical card is if you've ever been diagnosed with sleep apnea you must be 'under current and effective treatment.' One of the ways to be ‘under current and effective treatment’ is to be able to use a CPAP machine, especially if you’re in a sleeper berth or team operation environment. If you’re home every night, its not a big deal but if you’re running regional or over the road and spend time in the sleeper you’ve got to have both: HVAC and a CPAP machine. A CPAP machine draws up to 175 watts of 110 volt power so you need some way to control both your sleeping environment and have enough power to run the CPAP and not be in violation of the myriad anti-idling ordinances and laws that are spread out all over the country.

The problem [with anti-idling laws] is there is no consistency across the country. In Dane County Wisconsin, you can idle all you want if you’re present in the sleeper. But, if you are in California even with a prescribed CPAP machine, you can’t idle to be able to use your medically necessary device. California Air Resource Board’s (CARB) answer [to drivers with sleep apnea is] if you need a CPAP and you don’t have anti-idling technology, don’t come to California.

How does this negatively impact drivers?

The problem is that a driver who has sleep apnea like me and doesn’t use the machine is going to feel like poop and not be fit to drive the next morning even after getting a good 8 hours worth of sleep in the bunk. Also if it’s below 40 degrees outside and you don’t have proper heating, your CPAP is going to make staying warm difficult. Medically, it’s called CPAP induced hypothermia. It’s the equivalent to dipping yourself into a cold lake because you have got 40 degree or colder air being blown right into your lungs. It cools your heart, lungs and all your internal organs so you wake up with uncontrollable shivering. This can result in coma and death. So it’s not a smart idea to use a CPAP in very cold weather [because you cannot effectively power your heating system and CPAP machine all night].

So, you got that. And then the other one is if you don’t use it then you are not in compliance and you have a whole nightmare with your next DOT physical.

How do drivers manage their own health, anti-idling laws, DOT compliance etc.?

There are several approaches. You have got to power the CPAP machine. With many of the newer models of CPAP, you can get direct 12V power supplies for them from the CPAP manufacturers. Most modern trucks have battery banks for hotel loads and will power a CPAP machine for a full 8 hours without having to idle. But, if you add in any kind of heating system like an ESPAR heater or other climate control in the cab, you are probably not going to make it all night long without having to fire up your truck and idle. I have run trucks with various types of APUs. The last one I had was the Freightliner Park Smart with their battery bank APU – two banks of batteries one to run the HVAC and hotel loads when parked and one to use to run the truck. So [Blackburn Energy’s hybrid charging system] fits in to that whole scheme of innovative anti-idling devices. CPAP users need [hybrid charging] more than the average driver because we can’t just get a warm sleeping bag and hope the truck starts in the morning.

Fleets hiring employee drivers must factor in that obstructive sleep apnea is a disability covered by the Americans with Disabilities Act (ADA). It would be no different than one of your employees being in a wheelchair and needing a ramp to get into the front door of your building. So reasonable accommodations required under the ADA can and in many cases have included fleets providing for the power needed to run a CPAP appropriately.

For years, a [unnamed] mega carrier with a decades long sleep apnea testing and treatment program had to provide special supplemental batteries to their CPAP using drivers. Every CPAP machine driver got about a $300 special battery pack to be able to run their CPAP without having to idle the truck. I get [why they don’t want drivers to idle.] It has to do with fuel economy, bonuses, and a whole range of stuff. They recently updated their tractor specs so that they now all have some form of APU system so they could phase this out. But for a long time, they had to pop for an extra 300 bucks for every CPAP driver for a special battery pack so the driver didn’t have to idle the truck. It was not a good solution. It was just a stop gap. They had some issues with some of their drivers ensuring they were compliant with the ADA and the Equal Employment Opportunity Commission (EEOC) was giving them problems.

What makes you so passionate about sleep apnea advocacy for professional drivers?

First, I got diagnosed with sleep apnea in 2002 which is before much of trucking was aware of it. I went through a lot of what I am going to call administrative malarkey while dealing with sleep apnea: like learning about the ADA to work with my employer about anti-idling. I figured out ways to work around the problems and people started calling me and it has gone down-hill from there. I hate getting calls from drivers saying “My carrier won’t let me idle the truck but I got to idle to use my CPAP” because the carrier has never been told from someone from the EEOC that you have to let him/her idle and that you have to provide him/her a way to power that CPAP. Or, we’re going to take you court and you are going to pay both fines, penalties, back-pay, all the stuff that EEOC has the enforcement abilities to do. So [my work] has just grown. I now work with a sleep apnea testing and treatment company. For example, the fleets we work with do not have those problems [with EEOC] because they’ve all been educated.

How does the lack of rules and regulations regarding sleep apnea create issues in the trucking industry?

Currently we have what I call the ‘No Rule Rules.’ So a diagnosis of at least moderate to severe sleep apnea is a disqualifying condition to hold a medical card [from the DOT]. That’s rule. What defines moderate to severe sleep apnea and what defines how you’re screened for it, how you’re tested for it, and what constitutes ‘current and effective treatment’ is NOT subject to regulatory guidance or rule. It is all best medical practice and the medical expert opinion of the DOT medical examiner you happen to dealing with that particular day.

In part that’s because of a 2014 law passed by congress which mandated that the [Federal Motor Carrier Safety Association] FMCSA not issue guidance or regulatory guidance on sleep apnea absent formal rulemaking. In 2016 FMCSA started rulemaking with the Advanced Notice of Proposed Rulemaking (ANPRM). They had three public listening sessions and solicited comments. In 2017, in the early days of the Trump administration they withdrew rulemaking. That was part of the Trump administration’s strategy to stop every rule because [they believe] any new rule is bad for business. The problem for drivers is that without clear regulatory guidance you never know what is going to happen with the DOT medical examiner you’re going to see this time.

The other complication is that fleets can also have medical requirements more stringent than FMCSA. For example, if you hire on to Carrier A which has a robust sleep apnea testing and treatment program, you may get one answer. And if you go to Carrier B, they may allow you to use the chiropractor down the road who is three steps from being put in jail for pencil whipping all his DOT exams. The one I cite all the time is Mr. Anthony Lefteris who used to have an office at the Petro [Stopping Center] in Atlanta. He is now serving jail time for doing 100+ exams a day. 6,000+ drivers had to get new exams because of him. He’s in jail. Just because they got some initials after their name doesn’t mean they are good people.

What would be helpful to solve these problems for the trucking industry and drivers?

I would actually like good, clear concise regulations regarding screening, testing and treatment. One of my lines is that “Even a bad rule might be better than these no rule rules.” At least we’d know what we’re dealing with. The case I was just working on [before this interview] was for a driver who was diagnosed with sleep apnea back in 2018. He’s lost 130 pounds since he was first diagnosed. But to prove he doesn’t have sleep apnea, he might need to have a very expensive in-lab test. And that very expensive test will not be covered by his health insurance because it is not medically necessary. It is known as is “investigational.” Just because the DOT medical examiner wants a sleep apnea test doesn’t mean your health insurance is going to pay for it.

Where should a driver or fleet go if they need help and guidance with this?

Send them to dedicatedsleep.net.  When they get there look for transportation. We don’t just do drivers, we do a lot of other sleep apnea testing and work. They can fill out the form with the contact information and someone will respond to them.

If you're a fleet or driver trying to figure out how to effectively power CPAP machines without idling for power, Blackburn can also help. Click here to set up a short 15 minute consultation. 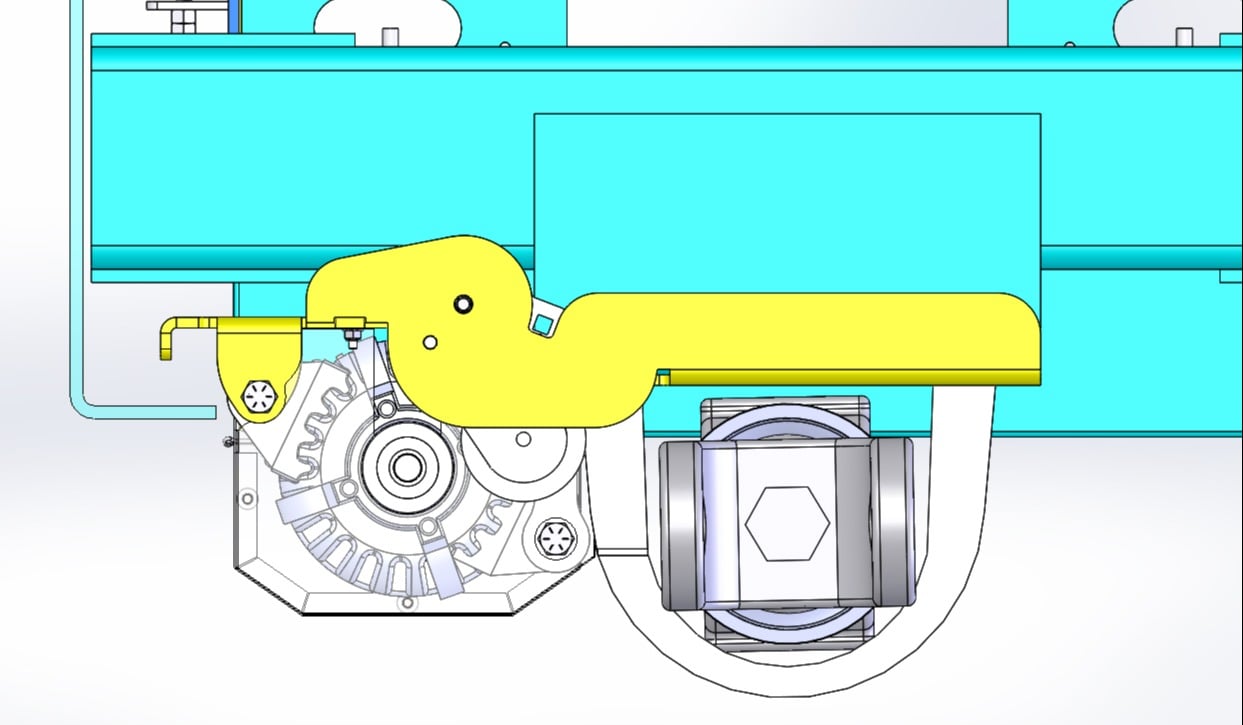 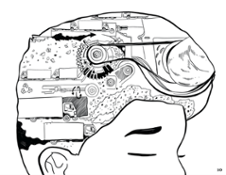